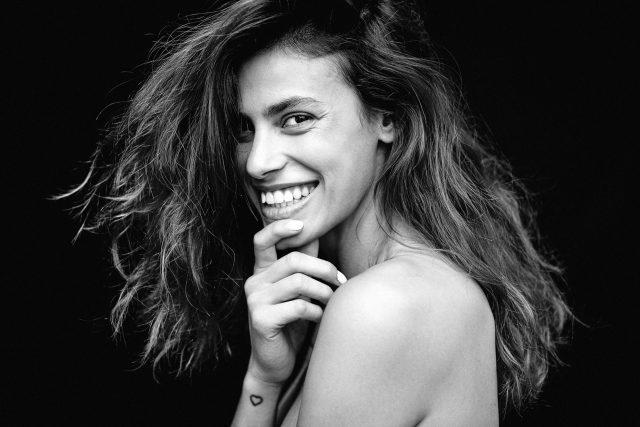 Alisar Ailabouni’s breasts can be described as average sized. Are they real or is it breast implants? Find out down below!

Alisar Ailabouni is a Syrian-born Austrian fashion model who won the Cycle 5 of Germany’s Next Topmodel. She went on to appear on season 13 of Project Runway in 2014, and was the model for the winning designer. She has also appeared in an editorial for Vogue Italia’s December 2012 issue. Born on March 21, 1989 in Damascus, Syria, Ailabouni moved to Austria when she was two years old and grew up in Amstetten and Schörfling am Attersee, where she went to school. She has two brothers. She played on Austria’s national under-16 women’s basketball team. She is represented by the agencies Red Model Management (New York), The Fabbrica (Milan), and Francina Models (Barcelona).