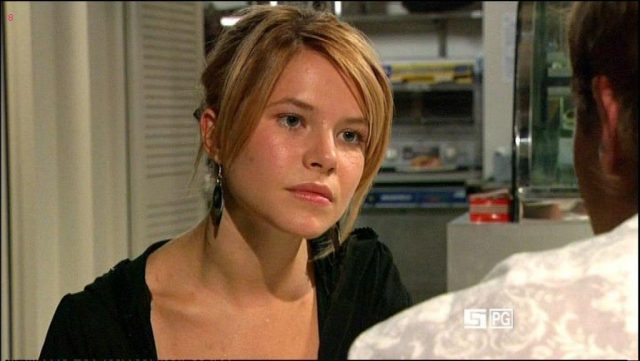 Basia A’Hern’s breasts can be described as average sized. Are they real or is it breast implants? Find out down below!

Basia A’Hern is an Australian actress of film, television, and stage. She is best known for television roles as Kate King on Don’t Blame the Koalas, Lyndsey Collins on The Sleepover Club, Rose Hall on McLeod’s Daughters, Lucia Jones on Out of the Blue and Sasha on Double Trouble. She has also appeared in the films Disappearance (2002), The Pact (2003), and Bitter & Twisted (2008). On stage, she played Little Cosette in the Sydney leg of the 1997–1999 Les Misérables Australasian Tour. Born on November 25, 1989, in Bristol, England, UK, she attended St Scholastica’s College in Glebe Point and the International Grammar School in Ultimo. She began her career appearing in the comedy series Flat Chat.