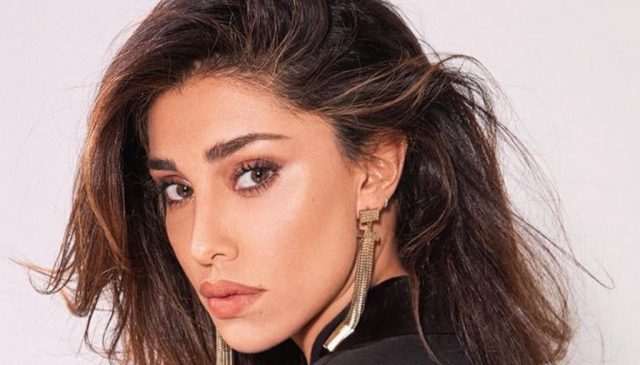 Belen Rodriguez’s breasts can be described as bigger than average. Are they real or is it breast implants? Find out down below!

Belen Rodriguez is an Argentine-Italian showgirl, model, actress, and television personality who hosted the Sanremo Music Festival and Italia’s Got Talent. She’s considered a sex symbol of the 2000s and 2010s, due to her considerable beauty and charm. In December 2010, she made her acting debut as the female protagonist in the Italian film Natale in Sudafrica. Born María Belén Rodríguez Cozzani on September 20, 1984 in Buenos Aires, Argentina, to Gustavo Rodríguez and Veronica Cozzani de Rodríguez, she has a younger sister, Cecilia, and a younger brother, Jeremias. She started her career as a model at the age of 17 while still attending high school. Following her high school graduation in December 2001 at the age of 17, Belen enrolled in the Faculty of Communication Sciences at the University of Buenos Aires but dropped out of college to pursue her career full-time. She dated Italian professional footballer Marco Borriello from August 2004 to December 2008, and Fabrizio Corona from January 2009 to April 2012. She married Stefano De Martino in 2013, and the couple had a son named Santiago in 2013 before getting divorced in 2017.