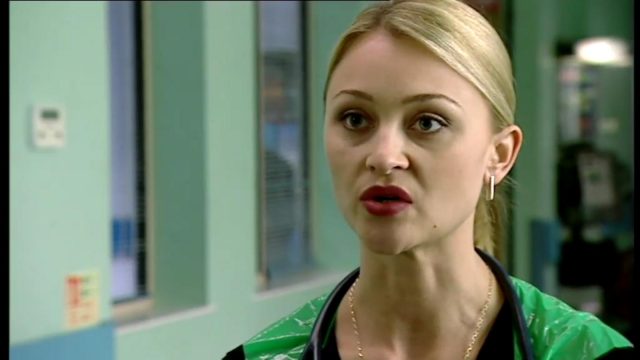 Christine Stephen-Daly’s breasts can be described as well-shaped. Are they real or is it breast implants? Find out down below!

Christine Stephen-Daly is an Australian actress. She is best known for her roles as Amber Kingsley in the Australian drama series Pacific Drive, as Lara Stone in the BBC One medical drama Casualty, as Melissa Devereux in the BBC television drama series Cutting It, and as Samira Shahbandar, Saddam Hussein’s second wife in the BBC drama House of Saddam. She has also appeared in the films Love and Other Catastrophes, Crimes of Fashion, and Me Myself I. Born on December 5, 1973 in Melbourne, Victoria, Australia, to parents Rhonnda and Paul Stephen-Daly, she has three sisters Laura, Louise, and model Emily. Christine obtained a degree in Performing Arts (Acting) in 1993 at National Institute of Dramatic Art (NIDA) in Kensington. Her breakout role was in 1996 as Amber Kingsley in the drama series Pacific Drive. She is married to Simon Rydings, with whom she has two children.