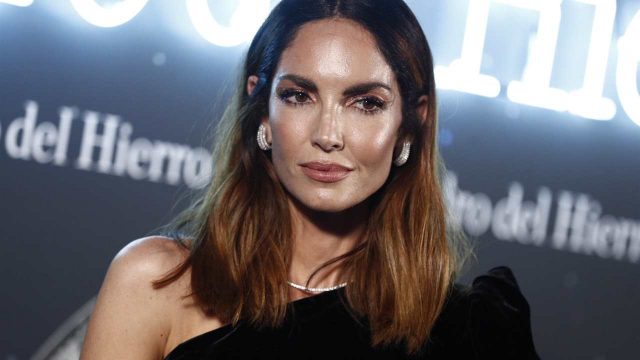 Eugenia Silva’s breasts can be described as average sized. Are they real or is it breast implants? Find out down below!

Eugenia Silva is a Spanish model, best known for her work with Dolce & Gabbana and Oscar de la Renta. She has booked over 100 appearance on the covers of magazines such as Harper’s Bazaar, Telva, Elle, Marie Claire, Glamour, and Vogue. Silva has also worked with top fathion photographers such as Arthur Elgost, Bruce Weber, Mario Testino, Steven Meisel, David Bailey and Gilles Bensimon, and has modelled on the catwalk for Giorgio Armani, Jean Paul Gaultier, Prada, Versace, Galiano, Dior, Elie Saab and Carolina Herrera, among others. Born María Eugenia Silva Hernández-Mancha on January 13, 1976 in Madrid, Spain, to parents María Eugenia Hernández Mancha and Antonio Silva Jaraquemada, she grew up in Toldeo, Spain. She graduated in Law at Colegio Universitario Cardenal Cisneros, affiliated to Madrid’s Complutense University. She started her career competing in the Elite Look of the Year Award. She has been in a long-term relationship with Alfonso de Borbón y Yoldi since 2007. They have two sons together.