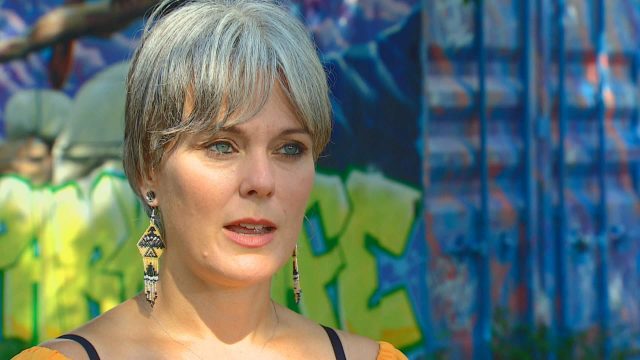 Michelle Latimer’s breasts can be described as well shaped. Are they real or is it breast implants? Find out down below!

Michelle Latimer is an Aboriginal Canadian actress, director and filmmaker. She is best known for her starring role as Trish Simkin in the television series Paradise Falls. Her 2010 short film, Choke, premiered at Sundance where it received a Special Jury Honorable Mention in International Short Filmmaking, made TIFF’s Canada’s Top Ten list, and was nominated for a Genie Award.Her short film, Choke, received an Honorable Mention in the Short Films Competition at the 2011 Sundance Native Showcase. Latimer made her feature film directorial debut in Alias (2013).  Latimer’s Viceland documentary series Rise, which focuses on the 2016 Dakota Access Pipeline protests, premiered at the Special Events section of the 2017 Sundance Film Festival. The series won a Canadian Screen Award at the 6th annual ceremony in 2018. Born in Thunder Bay, Ontario, Canada, she is of Métis/Algonquin descent. Latimer graduated with a bachelor of fine arts degree in theatre performance from Montréal’s Concordia University in 1997. In 2008, Latimer founded the production company, “Streel Films” which focused on the development and production of innovative, socially conscious, character-driven films.