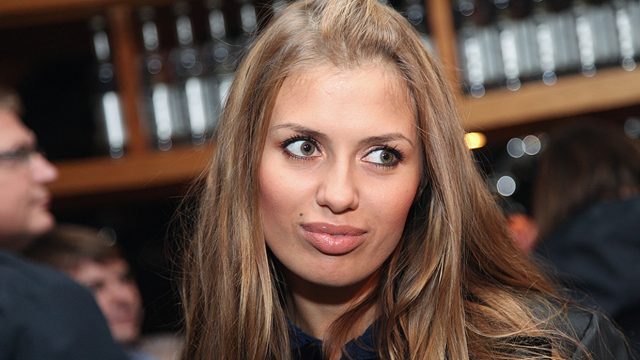 Victoria Bonya’s breasts can be described as average sized. Are they real or is it breast implants? Find out down below!

Victoria Bonya is a Russian TV presenter, actress and model who rose to fame after appearing on the TNT reality show Dom-2 in 2006. She represented Russia at the Miss Earth pageant in 2001, in Quezon City, Philippines. She has appeared on several magazine covers including Playboy, Penthouse, and Maxim, and modeled for brands such as Chopard, Oribe Cosmetics, and Dior. She has also appeared in several music videos. She beacme host of the program Cosmopolitan. Born Viktoriya Anatolevna Bonya on November 27, 1979 in Krasnokamensk, Russia, to parents Galina and Anatoly Bonya, she has one sister named Angelina. She moved to Moscow when she was 16 years old. From 2010 to 2017, she dated Alexander Smurfit, the son of the famous Irish billionaire Michael Smurfit of the international Smurfit Kappa Group. In March 2012, she gave birth to their daughter, Angelina Laeticia Smurfit.